Essentials of Writing a Short Film

Essentials of Writing a Short Film

Screenwriting Workshop Lesson: Adapt to a lifestyle that enables creativity.

As a writer most of you might be aware of how to write a screenplay for a movie. Sometimes, writers come across ideas that are shorter and would not fill the 90 to 120 pages of a feature film. Hence, as writers we think of short films and ponder how long should a screenplay be, for a short movie. If you see your idea is filling less than 90 pages of a script then you are up for writing a short film. You might think that you have written a feature film script so writing one for a short film would not be an issue. Unfortunately, no. Writing a short film has its own rules.

So take notes about these rules and write your screenplay to compete in a short screenplay contest.

A Short Film has all Acts:

One hugely misunderstood fact about short films is that they do not have all three acts. A short film is a full story. Hence, it should have all three acts. The start, the middle and the end should be clearly there. Introduce your character, show their journey, hinder their journey through obstacles and then resolve those issues. So, introduction, setup, climax and resolution everything is part of a short film. It should not be ignored that just because this is a short film, it cannot be an incomplete and unresolved film. You should know how to end your screenplay. Some people may even find writing a short film screenplay harder than that of a feature film because you have to fill all three acts in an impactful short period of time. However, it is not as difficult as it seems, you just need to make sure your script is wholesome.

Focus on Concept and Character:

While characters remain an essential part of a story either it be a feature film or short film, concepts are specifically more important in short films. Since, the length of short films is comparatively less, an elaborate concept is preferred more than a plot. You will have to be efficient while using your pages in a short film hence, you can not get into the details of a plot. Take a concept, which is an idea and a strong character/s. People watch short films because they do not want to watch a feature film so digging into the plot will just increase the time of your movie. A strong character will help give the concept depth without having to explore about background story or unnecessary plot.

Do you also think that visuals are not that important for a short film? If you thought this way then I must tell you, visuals are equally important for every film. Film essentially is a visual medium. Your film should not have sub par visuals even if it is a minute long. The audience may understand that short films have lesser budget and do not occupy hours of the viewers’ time hence, they can be not that visually appealing but your audience will only think this once. They may not want to watch any of your movies again then. As a writer, you should not lose your viewers as well as the producers. By visuals, I do not only refer to cinematography but the change of settings, camera angles and editing. Do not compromise on the quality of a film just because it is shorter in length. Work in a way that you are proud of every finished project that you have.

Most short films have a shocking twist near the end that questions what you have seen all along. Twists are impactful, they help retain the story in the viewer’s mind for a longer time. Though, you would be surprised to find out that they are not necessary.As said above, twists are good, there is no harm in putting them in your story but many people think that a short film needs to have a twist. That isn’t so. Your short film can be wholesome even without a twist. A wonderful dialogue or a soothing scene can easily fill that gap and satisfy the viewer. A twist will be powerful but they are not a key part of a short film. A short film can still be great without them. So, if you are having an issue writing a twist in your story, sit back and relax, maybe you do not need it at all.

Short Films are based on Crucial Moments: 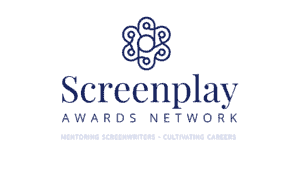