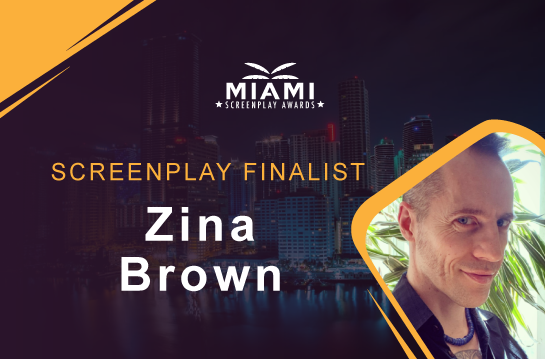 Where were you born?

Where do you live?

And what’s your hobby?

I’m passionate about the need for art that explores the incredible potential of visionary plant medicines, and society’s misunderstanding of them. Telling a story about them in a feature film was my way of creating more conversation around this controversial topic. The screenplay took about a year in total to write – including a lot of research about traditional faerie tales!

After the initial spark of an idea, I start on the world-building – I tend to use influences from many different places and do my best to interweave them into something new.  From there, the characters come to life, and then I work on my outline. The outline is key for me – I work and re-work it, adding new elements whenever I get inspired, until the story is fairly solid and the structure is laid out.  Only then do I start on the actual screenplay. With a little luck from the Muses it all works out.

I’m also a Director – short films and music videos.  Writing a feature screenplay was always a dream of mine.  It was both easier in some ways, and far more challenging in others than I expected!

Ingmar Bergman – especially the Seventh Seal. It’s amazing how such a simple story can convey such profound depth and meaning.  I also love Hayao Miyazaki – his fantastic worlds are so unique and self-contained perfection, it’s a joy to become completely immersed in the story.

As a kid I loved old re-runs of the British 70’s cartoon Simon in the Land of Chalk Drawings – it really spoke to my imagination, and it’s very trippy. The main character in my screenplay The Faerie Rings is actually named after that Simon!

Kind of an impossible question, but here’s a perennial favorite: Luke using the Force to know when to shoot with perfect timing, and blowing up the Death Star.  It’s just such an epic moment both in the exterior world and his internal world – everything changes in the blink of an eye.

Rick Deckard – Blade Runner.  His character is so well-written, and performed with such depth and sincerity by Harrison Ford.  I love that the mysteries around his origins are only hinted at, and we’re left to follow our own clues about him.

Lord Dunsany – one of my favorite authors. I’d ask him about where he gets the ideas for his incredible stories!